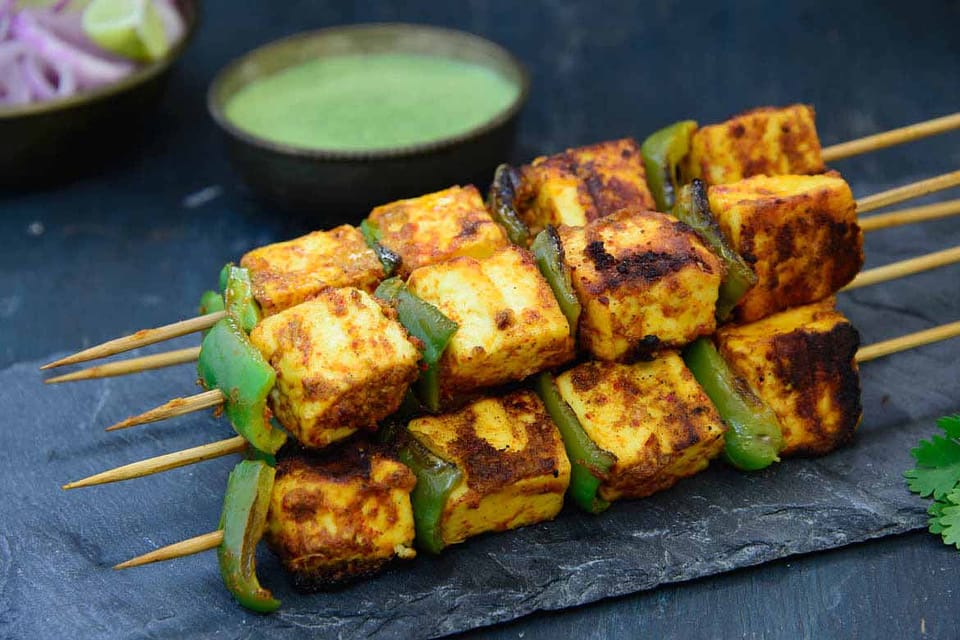 Paneer Tikka Masala is a popular dish in north India. it made from paneer cubes marinated with fresh vegetables and spices.

Paneer tikka was cooked in a tandoor or oven but not everyone has a tandoor or oven at home so, we made paneer tikka in Tawa,  it tastes very delicious when served with roti, naan, or rice. This Masala Tikka Paneer recipe has an incredible taste with tangy and spicy gravy.

Direction for making paneer tikka and its gravy: